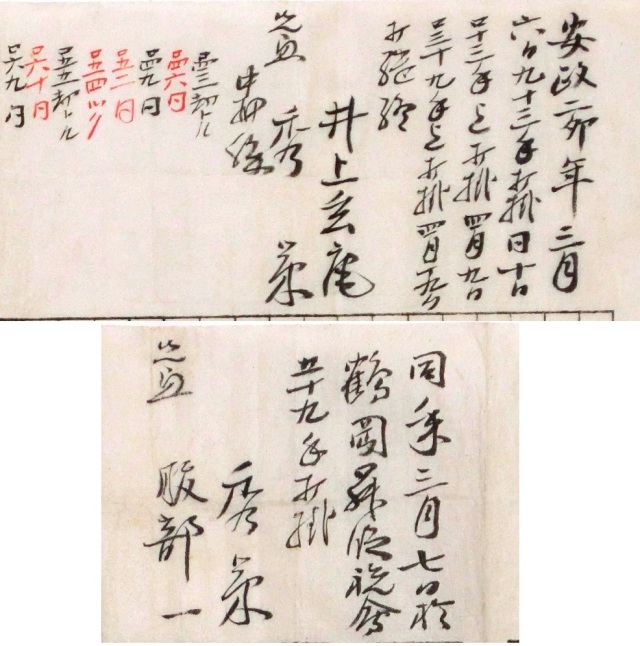 At a recent Japanese auction, a rare historical showed up being a well preserved handwritten kifu from 1855(安政二年). It seems that the document is handwritten by Honinbo Shusaku as a record of two games he played in April 1855.

The first game is a record of Inoue Genan Inseki [W] vs. Honinbo Shusaku [B] played on April 22, 1855 (安政二年三月六日). It seems that this game record is only recorded to the move 179 whereas the GoGOD version of this game ends with 219 moves.

The second game is a record of Honinbo Shusaku [W] vs. Hattori Hajime [B] played on April 23, 1855 (安政二年三月七日). It seems this game was left unfinished after move 59.

Did I try to purchase this wonderful document? Yes, but the price ran away from what I was willing to afford – very much more. Anyways I hope you all enjoy this rare example of Honinbo Shusaku’s handwriting.